FFXIV Is The Most Beautiful MMORPG I’ve Played, And I’m Loving It

I was one of the original customers of Final Fantasy XIV, before the tag line ‘A Realm Reborn.  When FFXIV version 1.0 launched, it was a mess.  The uninspired game world consisted of shrub mazes which led from point to point and reused art assets.  While still a good looking game, FFXIV launched unfinished and without focus.  Square made the unprecedented move of pulling FFXIV back into development for a reboot.  The end result of their efforts with the relaunch of Final Fantasy XIV: A Realm Reborn is like night and day.

Photobombed by my pet

Yeah yeah launch server woes so damn the game to oblivion right?  I’m telling you that would be a mistake.  Final Fantasy XIV deserves at least a look.  If you are in between games, are looking for a fantasy MMO, are a fan of the Final Fantasy series in general, you owe it to yourself to at least spend a day in the game and form your own opinion.

Square has done an absolutely amazing job of breathing new life into FFXIV.  I can’t imagine the undertaking of pulling back an MMORPG already millions in the hole, and relaunching in hopes of saving some face.  The game feels like it has been redesigned almost from scratch,   I firmly believe Square has done so with FFXIV: ARR.  And though as an original launch buyer I felt a little burned, I do not feel so now.  This is the game that people wanted.  Best of all, ARR doesn’t feel outdated.  As a matter of fact, very much the opposite.  ARR looks and runs better than almost any other MMORPG on the market.  The game is absolutely gorgeous with high resolution, sharply detailed avatars, textured armors, amazing lighting effects, and a game world which looks as good as many cutting edge single player RPGs.  Animations are some of the best in the genre, as is the emote system.  For roleplayers, FFXIV:ARR provides a setting and the tools to have a great experience.  The community has been outstanding and one of the better I’ve seen since LOTRO. 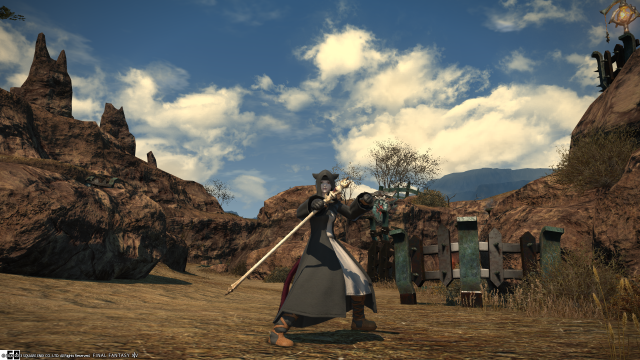 When Square went back to the drawing board, they did not simply reskin the game and reuse all of the assets.  From what I can tell, a vast majority of quests have been rewritten, or at least improved upon.  Since the original game world was essentially destroyed in a huge event when Square closed down FFXIV, new lore and a new direction was necessary.  I am happy to say the quality is better than ever.  The game does not feel rushed.  There is plenty to do and see and I find it very enjoyable to do so.

There are a few game design items that did not make it into ARR’s launch.  The PvP system has yet to be implemented for one.  There is the typical issue of players hitting level cap a week after launch but developers will never be able to spit out content fast enough for those folks.  I’m level 17 now and am taking my time to enjoy the game.  I have more content than I know what to do with.  Crafting is a full time job, rewarding and fun.  I’ve started to learn another profession which essentially shoots me back to Level 1.  The good thing is I really don’t have to repeat content to level the new class.  There are three major questing hubs which offer players nice variety when leveling alts or alt classes (you can choose to do either).  The freedom of choice in FFXIV is another aspect of the game I really appreciate, especially after the linear design of SWTOR.

I’m not going to sit here and declare that FFXIV:ARR is the best MMORPG ever made.  I am not going to try and sell you on it’s originality.  But I very much admire what Square has done with this MMORPG.  In my opinion FFXIV: ARR is one of the better overall MMORPGs on the market today.  Despite a rough launch week and the inability to log in, I have had zero issues with the client.  Framerates are great, little to no lag, with fast loading between zones.  The engine Square is using is one of the better ones I’ve seen. 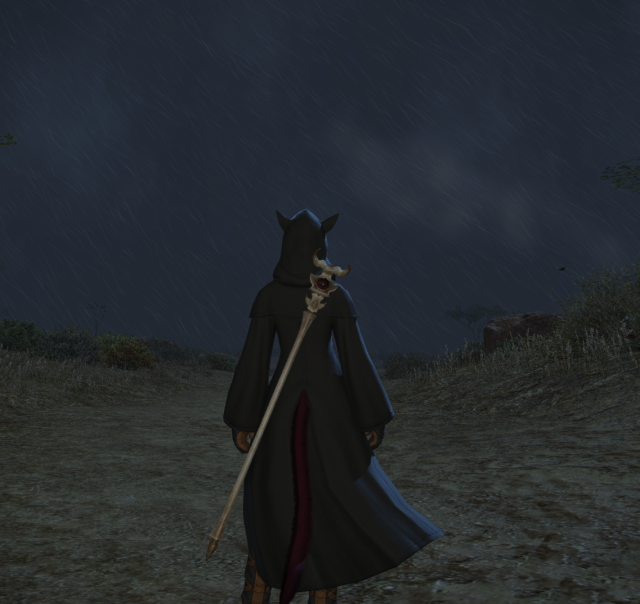 Which leads me to one last issue people are having with MMORPGs lately.  FFXIV is a monthly sub MMORPG.  Do I think the game is worth a sub?  Yes.  As long as Square is adding content, which they claim they will do bi-weekly, then I fully believe the game is worth a sub.  Then again I do not have any issue with the subscription model.  I actually prefer it.  I also want Square to recoup their losses.  I know I’m repeating myself but I’m so impressed with what Square has done here, and I sincerely believe they very much deserve to turn a profit with FFXIV.  Sure they could possibly do so with a F2P model.  But I think the community would suffer, and it would take longer to recoup their investment.

I may be in the minority but I will always pay a sub for a game that provides me hours of entertainment and fun.  Guess what?  I’m having fun.

As mentioned the game’s emotes are some of the best in the genre.  Expressions on avatar’s faces probably will only be surpassed by SOE’s EQNext

Non-jaded gamer. I like to support the arts by seeing the positive, even when the negative is in your face. Lover of virtual worlds and the MMORPG genre.
View all posts by PaganRites →
This entry was posted in FFXIV, MMORPG, Online Gaming, RPG, Uncategorized and tagged FFXIV, FINAL FANTASY, MMORPG, SQUARE. Bookmark the permalink.

2 Responses to FFXIV Is The Most Beautiful MMORPG I’ve Played, And I’m Loving It