Game developer Carbine did something somewhat surprising in the MMORPG world today. They announced that their upcoming online game WildStar will not launch with a Free to Play (F2P) business model as expected. As a matter of fact, Carbine is actually (gasp!) charging $59.99 for the retail box on top of the sub requirement. What madness is this?! 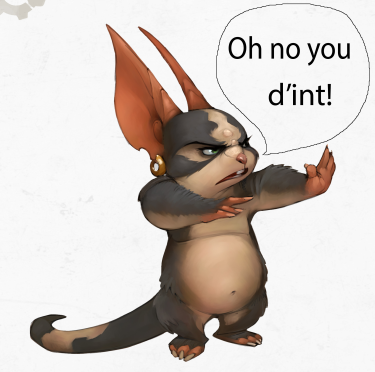 Honestly I didn’t think anything of the announcement. Being an old school MMO player, I’m used to spending $79 plus for a Collector’s edition box and paying a monthly sub. Heck, I’ve paid lifetimer fees of $199.99 and still had to purchase a retail box.

After watching my Twitter feed blow up this morning it appears that I’m in the minority when it comes to preferring the old fashioned monthly sub. I find it fascinating that the F2P model is now regarded by a large percentage of gamers as the norm, even though the business model is relatively new. The reaction in social media and game industry news sites to Carbine’s business model announcement seems to support this theory. The subscription MMORPG which has been prevalent for decades has quickly been shoved aside since F2P became an option just a few of years ago. It is quickly becoming apparent that a return to subscription based business models may not be viable, or at least not easily sold to today’s gamer.

After a plethora of games either launched F2P or went F2P shortly after launch (SWTOR, The Secret World, Tera) the mantra in the gaming press and forums is that the FTP model is the only path to survivability for the genre. But companies like Carbine, Paizo (Pathfinder Online) and Mark Jacob’s City State Entertainment (Camelot Unchained) seem to disagree. Like Carbine, both Paizo and CSE have stated plans to launch subscription based games. In a recent interview Mark Jacobs actually alluded to a coming ‘Free to Play Apocalypse’ in 3 to 5 years time stating:

“free-to-play is just another model, and just like every other model in the industry, it will hold its special little place for a while but then there will be consequences. Those consequences in a few years will be a bit of an apocalypse.

Whether or not Jacob’s prophecy comes true remains to be seen, but it’s an opinion not many people have dared to say openly. While Turbine’s Lord of the Rings Online is often used as the poster child for F2P success, as far as I can tell it’s been years since we’ve seen a celebratory press release about their numbers. (This is not a slight on LOTRO, I love the game).

Secondly, all F2P models are not created equally. Star Wars: The Old Republic’s F2P model is so bad it almost forces you to sub just to get rid of the headaches that it brings. While The Secret World and Trion’s RIFT are really very generous and set the bar as far as I’m concerned for future F2P models.

Lastly, I’m not sure I believe F2P is always the best option, or should always be an option. I’ve personally watched a few roleplaying communities detrimentally impacted by F2P players who have no investment in the game and no respect for the existing community.

Personally I think the most ideal model would offer both subscription and F2P servers. It’s not that I do not want to play with F2P customers. I’ve been a F2P customer. I have friends who are F2P customers. But I really don’t like the implementation of F2P money grabs that are necessary to utilize to enjoy the game. For me Cartel Coins and cash shops are another distraction which take me out of the game. They break the illusion of the world I’m in and make gaming for me a little less enjoyable. That may be my biggest issue with the F2P models we have currently. I guess if SOE implemented a cash shop in EverQuestNext which felt no different than dealing with an in game vendor I’d be all for it. However, current models often bombard the player with TV-like sales ads which I find irritating and cheapen the experience. When I play an MMORPG I want to be lost in the world. I do not want to be ping ponged back and forth into the real world to unlock content or buy a new sword.

So I’m fine with Carbine’s decision. I’m happy to support developers I believe in. I have no doubts that at some point WildStar will offer a F2P option. Just keep schmaltzy cash shops out of my face, and I’ll just keep my sub thank you very much!

Non-jaded gamer. I like to support the arts by seeing the positive, even when the negative is in your face. Lover of virtual worlds and the MMORPG genre.
View all posts by PaganRites →
This entry was posted in MMORPG, Online Gaming, RPG and tagged Carbine Studios, F2P, Mark Jacobs, MMO, MMORPG, NCSoft, RPG, WildStar. Bookmark the permalink.